The Aborigines were the first inhabitants of the country and it is assumed that they arrived at least 50,000 years ago by boat from South East Asia. having arrived during the last ice age. When the European explorers arrived and thus the first settlements came, the Aborigines were reduced.

Many trips are needed to see the whole of Australia, hundreds of interesting sights and beautiful nature possibilities. It is not a country for a midweek break, the distances are far too great. Many travelers opt for a backpackers adventure or lifestyle when visiting Australia, but that does not mean that the cities are uninteresting. Rather the opposite, atmophere and life are buzzing in most cities.

The Australian culture is based on stories of Battlers, bushrangers and brave soldiers. Of sporting heroes, working heroes and plucky migrants. The variety of nature and a healthy dose of irony. Today Australia also defines itself by its Aboriginal heritage, as a vibrant mix of cultures, innovative ideas and a thriving arts scene. Well worth the time to travel to.

Massive Lake Argyle is one of the most spectacular attractions in Western Australia offering boat cruising, fishing and an abundance of native animals and birds. Lake Argyle is the biggest man made lake in Australia. It’s several times larger than...

Roebuck Bay is one of Broome’s most beautiful natural attractions. The changing colours in the ebb and flow of Roebuck Bay are amazing. At low tide, the milky turquoise waters retreat to expose a horizon of mud flats. During the cooler months you...

Located at the northern end of Darling Harbour, the Australian National Maritime Museum is a distinctive indoor/outdoor attraction…a great day's entertainment for the whole family. Enter the awesome world of underwater warfare aboard the...

Quatre Saisons Rose Garden is a beautiful well established garden with hundreds of roses in a cottage garden setting. The garden is large, so allow plenty of time to wander around and explore all the different areas available for your enjoyment.... 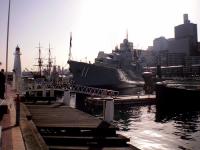