Africa is the second largest continent after Asia the largest continent in the world. It covers about 30,244,050 square kilometers (mainland and islands combined), which is 20.3% of the total land surface of the earth. There are more than 800 million people - about one-seventh of the world living here. The name Africa was in antiquity first reserved for the area of ​​present-day Tunisia. Later, the entire coastal strip was called Africa and in the time of discovery was the continent thus indicated.

The name Africa would be derived from the Phoenician word afrid. But others argue that the name Africa can be traced to the Amazigh Essential goddess Ifri (which means cave, singular Ifri). This goddess was later taken over by the Romans.

Almost the whole of Africa belongs to the Third World.

Located in the city centre of downtown Cairo, close distance to the train station and near to the residential and diplomatic sector of Cairo on Giza, Mohandesseen. The Hotel Pharaoh Egypt is only 17 km from Cairo International Airport and distance...

This long stretch of coastline stretching along the south-eastern coast of Mahé and including Turtle Bay, has narrow beaches and shallow waters that lie close to the coastal road. At low tide, it is interesting to walk on the sand and rocky...

Cathedral of the Virgin Mary

This imposing Cathedral is the Mother Church of the Catholic Diocese in Seychelles. Constructed on the site where Father Leon of Avanchers built the first vault in March 1851 that was devoted to the Virgin of the immaculate conception, the Cathedral...

Built by President Bongo in the 1970s, the Palais Présidentiel is a shrine of opulence, but visitors will have to be content to admire it from the outside.

One of the most luxurious and therefore most expensive hotels in Marrakech. For all the water, the beautiful nature and excellent friendly service, you must dig deep into your pockets, but you also have fantastic accommodations. The Ksar Char Bagh...

At about 100 meters, at the edge of the Victoria Falls is Devil's Pool. A delicious hot spring where, despite the sound of the falls, people come to relax and enjoy nature. It's a strange experience to sit in a hot tub at that height with so much...

The Karthala Volcano is the southernmost and largest of the two shield volcanoes that together form the island of Grand Comore. The inhabitants of the Comoros Island also have this under the name Ngazidja Island. The top of the Karthala is less...

Another exceptional dive is the wreck of the “Massiwa”, a 260-foot cargo ship located north of the island. The dive is carried out fully inside the wreck. 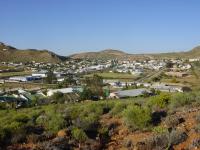 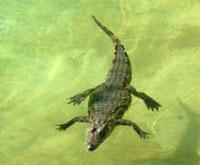 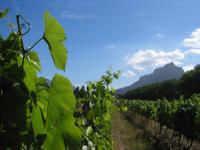