The Grunewald Tower on the Havel offers a wonderful view over the Havel idyllic landscape.
The building of red brick from 1897, build for the occasion of the 100th Birthday of Emperor Wilhelm I by the municipality of Teltow.

The monumental building between Potsdam and Berlin Brandenburg should be an expression of gratitude. Originally named the township, lying south of Berlin Teltow, the building, "King William's Tower" however congratulated Emperor Wilhelm II in his congratulatory telegram to the construction of the "Kaiser-Wilhelm-Turm".

The 56 meter high tower was designed according to the plans of Franz Schwechten secret building advice. In the domed hall in the upper part of the tower a statue of marble is erected to the memory of William I. 204 steps lead to an observation deck that offers a panoramic view over the Havel landscape.

Grunewaldturm on the map of Berlin 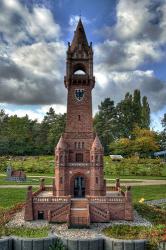 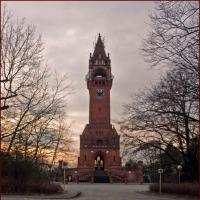 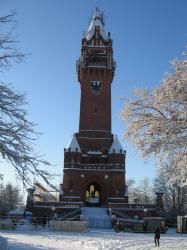 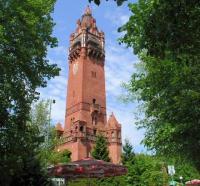 Please login to give your opinion about Grunewaldturm.

Sorry, you can't make your own review, because you are not logged in. Please sign-up or login on the registration page.